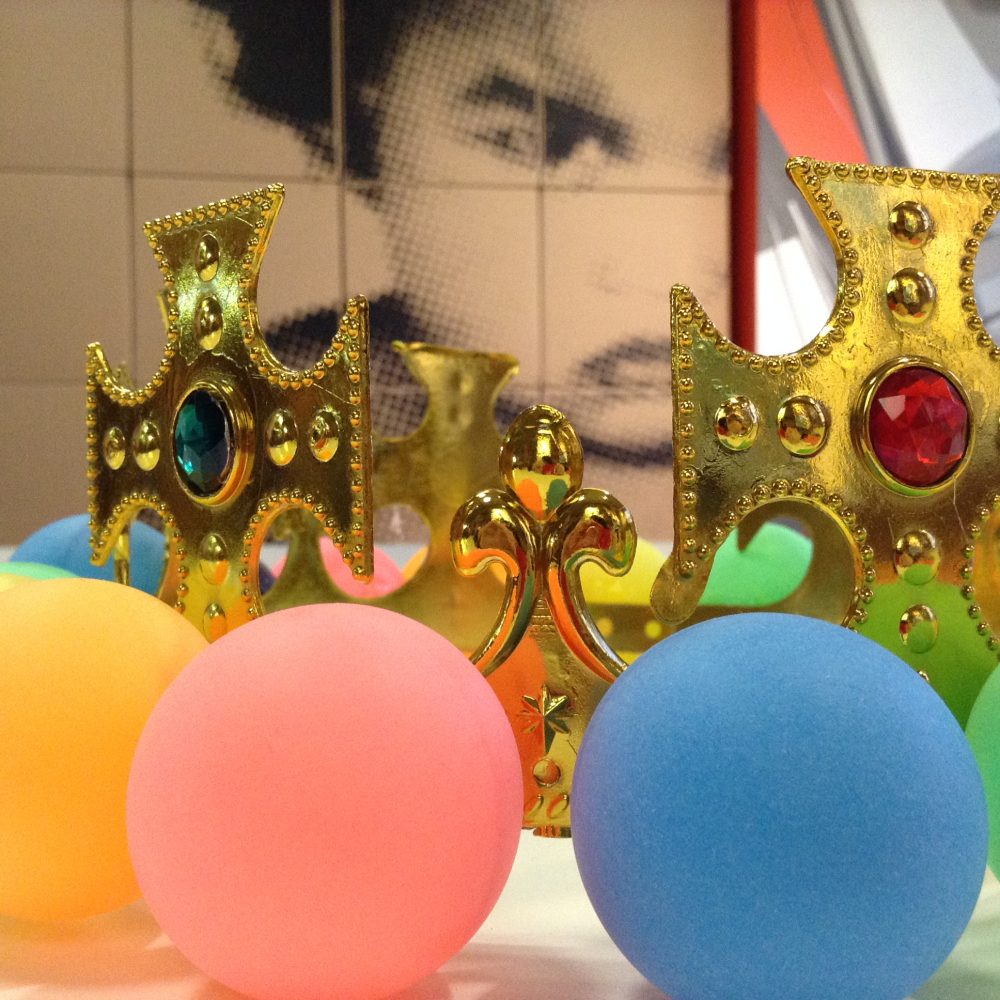 Despite owning our ping-pong table for more than a year, we’ve never had an official ping-pong tournament to truly test our staff’s skills…until now. Last week, teams RGB and CMYK faced off in what proved to be the most exciting and entertaining sporting event of the year (for us, at least)! Here are some highlights of the epic saga:

Excitement was in the air as Kelley (RGB) triumphed over Andrew (CMYK), and in high heels, no less!

Wendy (CMYK) suited up in sports-appropriate attire for her match against Talya (RGB), but it was Talya’s very intimidating Sharapova-style grunts that took the match for RGB.

Vince (CMYK) evened it out for his team, his cool-headed focus overtaking Angel’s (RGB) hot-blooded technique.

Dara (CMYK) won her match against Jen (RGB) in the Battle of the Assistants, prompting her catchphrase, “Kenny, be proud of me!”

In the fight of their lives, Kenny proves himself worthy of the Team Captain title, defeating RGB favorite, Jed, in the finals.

The champion is crowned! Who will take the title next year? It’s anyone’s game, and we’ve got that much time to practice!